Around 9pm Relapse rang me telling me about the hail drifts still sitting around through Milton. I'd assumed they would have melted away but as it turns out the temperature had dropped and the hail was just sitting. So... off I went! 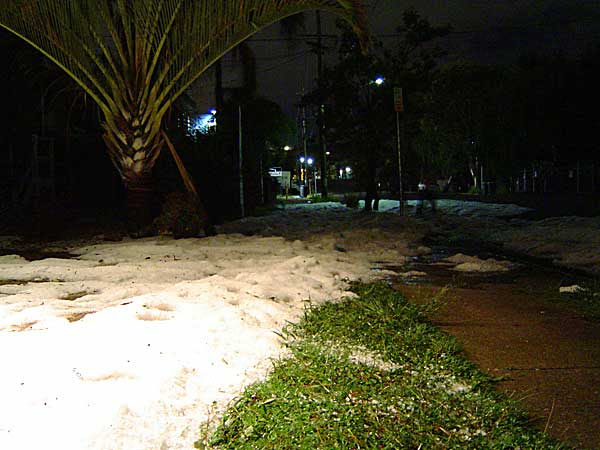 Just off Park Road there was an enourmous drift of ice, a good 30-50cm deep. People were playing in it. The drift went a good 50m up the road. 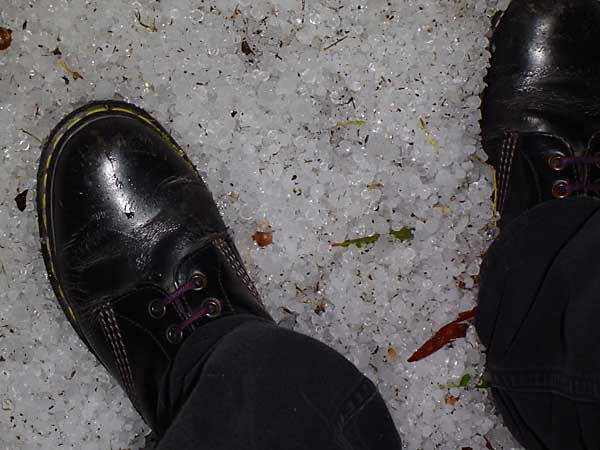 I tried to take a few shots in the middle of an oval near my place, but there wasn't enough light. That and I was sinking into the ice and my feet were freezing. Moments later the first batteries gave out and I slid my way back up the bank to my car. 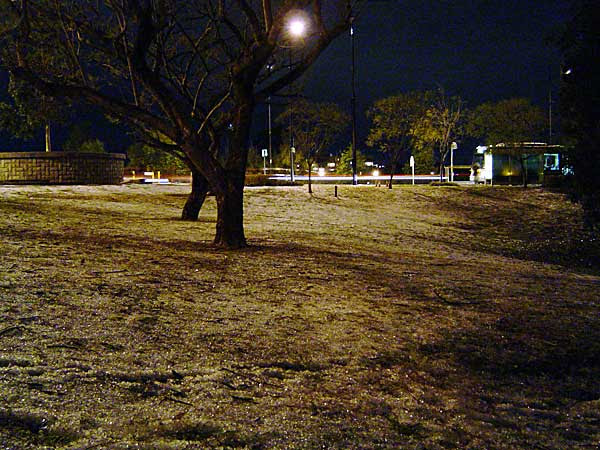 There's grass somewhere under that carpet of hail. The green is mostly from all the leaves that had fallen off the trees.

It was pretty fresh out there... the car's external temperature read about 13deg, but it would have been a lot colder off the road (ie. on the ice). On the way back through Toowong, I went past a road crew clearing an ice drift with a bobcat. Probably the biggest drift was outside the Taringa fire station, but it started raining so I called it a night.

Update: there are lots more hail photos floating around. Also.. Storm Batters Brisbane | smh.com.au has a shot which pretty much sums up peoples' approach to dealing with the situation: have fun! Well, after you'd got home anyway.