It's a hex-map, round-based strategy game. Lots of fun and freakishly similar to the original Battle Isle for the Amiga (which claimed many many hours of my life...). 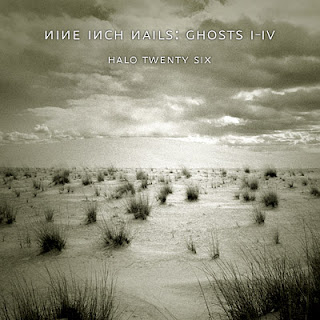 If you're reading my blog, it's kind of unlikely that you don't already know about Ghosts I-IV. For those few who don't know what I mean, check this out: Ghosts - Order Options.

Basically, it's Nine Inch Nails' latest album in a range of options from free download to deluxe madness:

Well actually you can't buy the $300 version any more since all 2500 sold out within 48 hours... and that's where this gets really interesting.

set up a safety net, break even.

If my calculations are anywhere near the reality; the ultra deluxe edition was like a safety net. It was unlikely that the NIN fanbase didn't include 2500 people with the money and inclination to pay $300. It was also likely that there were many many more who'd wish they could afford the $300 option and would shell out $75 instead. Still more would buy the $10 option and so on.

Based on the ultra-deluxe edition it's quite obvious this project has already brought in at least US$750,000 revenue. I'm pretty sure the only promotion was a couple of cryptic blog posts, ie. it was free. There is no overhead from record company contracts or promotions; no distribution deals to be made.

Production and manufacturing costs are subject to a whole lot of speculation. We know it cost something, probably at least $100,000 to produce the album. This is an extremely rough figure I've seen in a few discussions. I'm no expert but 100k seems to be a reasonable ballpark figure, so I'm going to run with it (please feel free to comment if you have a better idea what Ghosts I-IV actually cost). Keep in mind Trent Reznor ran his own label for a while, surely he knows how to get a record together without blowing costs out. Particularly when the whole thing came together in ten weeks (or less).

The deluxe edition will probably cost a lot to put together too, so it's not like the $750,000 was all profit. Even if it only makes $50 profit per unit that's still $125,000 profit all up, just from the ultra deluxe edition. I reckon it's pretty safe to guess that the ultra deluxe edition probably broke even for the project (or came near it). Which means that every other sale is basically profit (less manufacturing and bandwidth costs).

Not bad for a release which goes completely against the music industry's methods, which in their book should mean it would be an abject failure. The record industry basically hates fans and would never release such an awesome lineup of purchase options. To really top it off, can you imagine any record company legitimising bittorrent by using it to distribute an official release? Their heads would explode.

give stuff away, make money.

Why wouldn't you give a sample away? The music was already produced; the bandwidth costs will be covered by sales. Just like sales cover for piracy.

You can pirate any CD on the market from the day it's released. Hell, thanks to preview copies getting loose you can often pirate an album before you can buy it.

But you cannot download hardcover fabric slipcases; you don't get multi-track data from CDs; you sure as hell don't get blu-ray. You really can't download vinyl, limited edition Giclée prints; nor can you download a copy individually numbered and signed by Trent Reznor.

If downloads are killing your profit, sell something more than downloads can provide. Don't try to stop the downloads - you can't.

I think the core of Ghosts I-IV's success is that it's a music release for the fans. It gives them what they want.

Fans want the latest album right now. No matter what. Then they want it on their iPod; with some nice cover art. All of these options provide immediacy, as well as whatever physical media option you went for.

But it doesn't stop there...

The download includes a whole set of wallpapers, including massive widescreen options. So computers across the world will be sporting NIN wallpapers. Beyond that, there's a "web graphics" directory full of avatars, logos and banners. Want to review the album? Here's a nice, bloggable image. Want to use a NIN graphic as your avatar on LiveJournal/MySpace/FaceBook/some forum? Here's six to choose from.

This album makes it easy to be a fan. Which is another way to say this album makes it really easy to take part in viral marketing... :) My problem was choosing which image to use on this post, not whether I was going to use an image.

I probably wouldn't bother seeking out wallpapers either, but since they're right there... what the hell, I have them in my wallpaper rotation.

so what did i get?

I went for the $10 CD option - partly because I don't have a Blu-ray player and partly because there wasn't an option between $10 and $75. Shipping will be $13, I guess because I'm outside the US. The last NIN album I bought set me back $20 for a single disc, but you know what? I don't really care that this cost me $3 more. I already have 36 tracks of beautifully tagged MP3 goodness, complete with artwork. Later I'll get a CD in the mail, which I add to my collection (I still like physical CDs). I didn't have to fart around ripping anything, or finding a scan of the cover, or any crap like that. I certainly wouldn't have put a different bit of artwork on each track - a nice little detail.