One thing I love about street art is the way it reflects politics. Even in laid-back Australia, in the leadup to the last election the streets produced political stickers and stencils. The street did not like John Howard - and as it turned out, the whole nation thought it was time for a change too.

If you pay attention, the streets are a barometer for what a culture is thinking about - whether people agree or not. Natrually a lot of street art is not political - for example, tributes to music legends are common in the weeks after they pass away. But plenty of street art is political, or topical, or at least reflects something that someone's emotional about.

We're talking about images that someone felt were important enough not just to create, but distribute for free and usually illegally. That is motivated art. That in some ways is what makes street art so real.

Of course the street's view is not always the popular view, so much as the younger/angrier/more liberal view. It is a view confined to those willing to express themselves in a way some consider to be vandalism - which is not the hallmark of an older, comfortable conservative person.

So as America heads towards the end of the reign of Dubya, the streets are producing political art. From simple statements of hope and change, to a warning about leaders changing with power... the streets have reflected a nation debating leadership change.

So what about McCain? 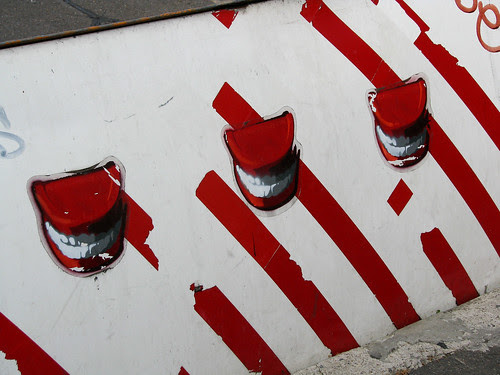 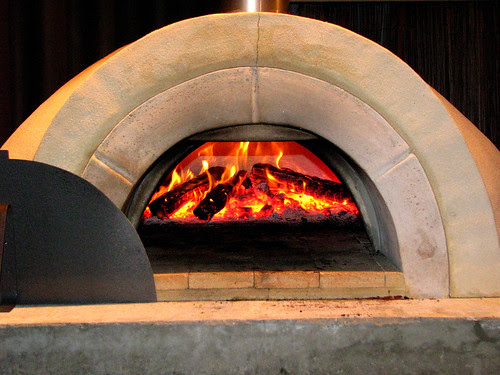 Taken at the pre-Edge of the Web pizza night at Miles B's place. 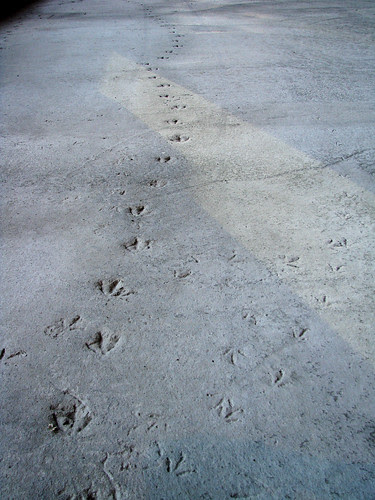 These tracks have already been paved over.