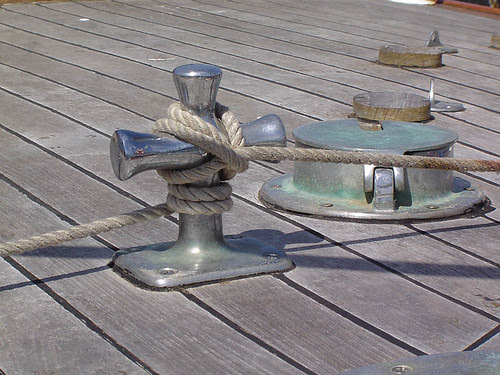 This Sunday at midnight! Funniest sport ever invented! AFL International Rules - Ireland Vs Australia (1st Test). Watch Aussies and Irishment beating each other up and occasionally kicking a ball :) 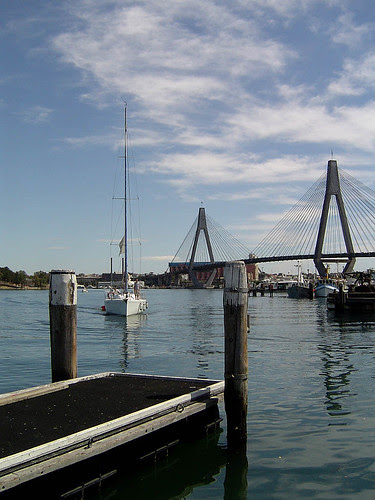 Including a few I've had sitting around... 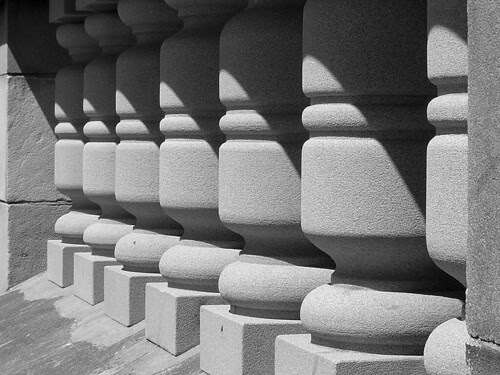 Remembered to actually convert something to black and white, for once. Also trying posting from Flickr...

Road network in chaos | The Courier-Mail: TWO inner-city freeway onramps and parts of the Riverside Expressway and North Quay have been closed until at least the end of the week after engineers discovered a new concrete crack.

I occasionally wondered what would happen if the Riverside Expressway was closed. Seriously, Brisbane's road system is in trouble and that entire expressway needs to be seriously upgraded. No politician would ever willingly cause that kind of disruption. It would actually take a collapse to get the population to buy it.

Finally we have broadband. Huzzah! *plugs network cable into arm*

Man, all web developers should be stuck on dialup for a month. That'd teach us to use big images and heavy scripting. Feh!

Gmail kept giving slightly snarky messages like - and this is pretty close to the exact words - this seems to be taking a long time, do you want to switch to the plain HTML version? Take it from me, it didn't help. Google's authentication is a particular weak point - that will often fail on a slow connection.

Flickr was not fun on dialup and you can forget YouTube. Download the latest episode of The Chaser? NO chance. Hell, even system updates were crapping out.

So, hurrah for broadband! 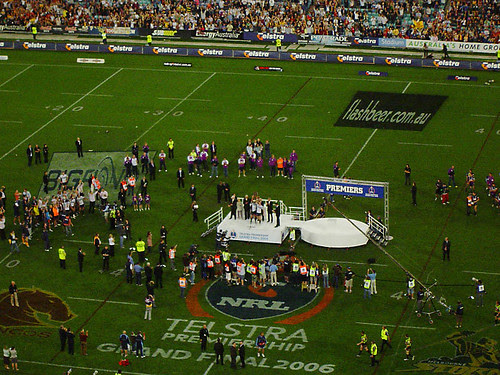 Lockyer and Webcke lift the trophy. OK, so you probably have to trust me on that.

It was very cool to be there :)

So awesome it gets a post all to itself: drjon: Internet Cats: The Big List of Memecats!

PS. people on the LJ feed may have missed recent posts, due to LJ being a cantankerous bugger when it comes to checking syndicated content.

Still no fucking broadband. Bloody Telstra have been cheaping out in my new neighbourhood and installing some cheaparse not-copper solution (pair or RIM or something). So the initial ADSL application got rejected. Instead of doing the obvious and checking if they could swap our line with someone else's copper-but-not-being-used-for-ADSL line... Tardstra just rejected the job. So now we wait another week for them to come out again.

So anyway, this post is trickling out via the 56k modem - glad I kept it. I really do feel disconnected without broadband, kinda sad but kinda not. My people are split to the four winds and the net provides contact with them. Dialup doesn't really keep up.

So... other than trying to get broadband connected, some stuff has indeed been happening:

Anyway, I should go and get some sleep. I'm hoping to get some emails out to people when time and energy allows; but hey feel free to drop us a line if you have a moment :)