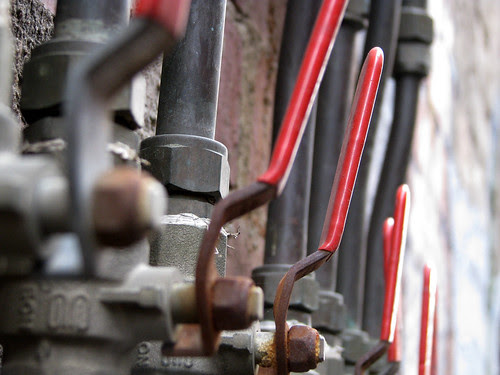 Handles on pipes in a Fitzroy back street, 2009.

We had a weekend so busy I feel I should record it properly, to avoid losing the full force of the moment in time. It was actually two weekends ago... and actually more like a week than a weekend :)

By chance, one single weekend managed to contain the Motorex hot rod show, Bill Bailey gig and the Aroma coffee festival at The Rocks. It was shaping up to be pretty big.

Then I told my brother T all about the hot rod show. Some background here: his cars have included a Pontiac Parisienne (a '64 I think it was) and a Ford Galaxie, and he's talking about importing more classics. We love cars.

Half-joking ideas turn to plotting and I get a call on the Friday - "I'll be there tomorrow morning...!" Awesome! My boss was particularly cool, accepting an on-the-spot leave request for the Monday.

L and I jump up and get ready, T gets to our place from his early flight and we head out for breakfast at The Falconer. Suitably fortified for the day, we stop off at Route 66... and I was momentarily distracted by some street art. 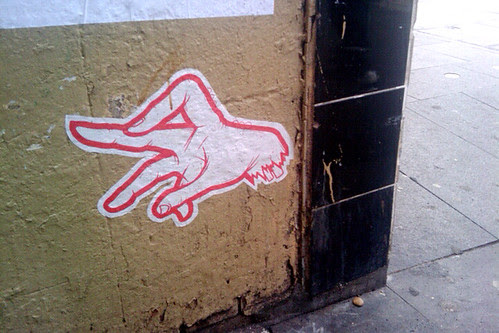 Then the main business of the day: Motorex.

Motorex was incredible once again. So many hotrods and muscle cars, it's inspiring and overwhelming. Love it. L discovered a 'wouldn't change a thing' purple highboy; we also saw a Chevy truck that is starting to really really feel like what our first classic is going to be (although we'll do ours a little differently, we love the shape). I'm not sure how the plan evolved but we think a truck first. On balance I think it was a stunner of a Camaro that really took T's fancy.

Saturday night, T chilled out at our place while we headed to Bill Bailey - we'd booked tickets months in advance, so T insisted we should go (also his early start was catching up a bit). 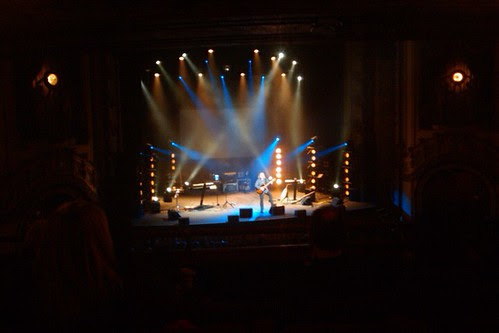 Bill Bailey was brilliant, funny as hell and did extra encores even after the house lights had come up. We eventually staggered home, chatted to T for a while before we all found ourselves crashing. Zonk!

A slight sleep in, then up and away once again to The Rocks for the Aroma Festival. It was madly busy again, every year it just gets more insanely huge. Ran into Si as well, although this year the usual hot chocolate stall wasn't there so we didn't repeat the hot choc photo shoot of previous years.

We did manage to find the italian gingerbread guy though; and the jam donut guy; various coffee places; cupcakes; chai; keepcups... we eventually staggered home and decided to postpone a planned mission to James Squires. Instead we had dinner at home, enjoyed a rather nice single malt and played some only slightly-competitive Guitar Hero.

Unfortunately L had to go to work, but T and I kicked off the day with a coffee at Single Origin. 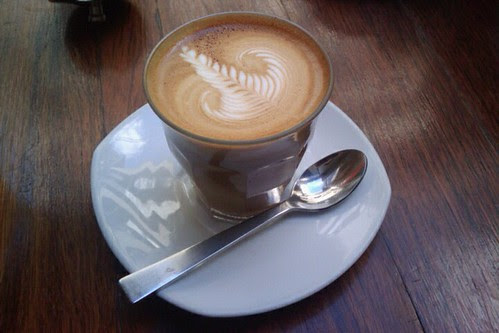 Then on to Bondi, to check out some old haunts and enjoy Bondi on a quiet winter's day - it really is a different, gorgeous place compared with the madness of Bondi in summer. It was turning into quite a cold day though, so we repaired to the Bondi Hotel for lunch and a beer by the fire. 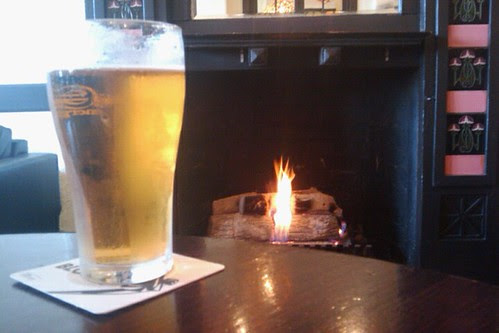 We snuck in a side trip to Coogee, although by then it was properly raining so we didn't linger long before heading off to pick L up from work.

In the evening we ventured out through the chilly weather to the James Squire brew house, for steaks as big as our heads and some soothing ales off the taps.

L probably won't ever believe we hadn't realised they'd have the Monday night Broncos match on the screens, but I'm sticking to my story it was just a happy coincidence. At any rate, good food, beer and company made for another great evening. There was some initial shock when L discovered they're no longer brewing The Craic, but the replacement stout proved to be a winner - crisis averted!

Relatively quiet for us, since we had to head back to work and T had some plans of his own while he was in town. So T hit the town for some shopping, sight seeing and on to a few beers in the evening. We chilled at home and dug through a weekend's worth of photos (still to be flickred).

Another work day for me and L, with T again spending the day getting around seeing Sydney and picking some things up ready to travel onward to New Zealand.

In the evening we decided to head to Betty's Soup Kitchen for dinner, only to arrive a little early and decide to go to Pocket Bar first. In hindsight, I should have realised that starting a tab makes it far too easy to just sit back and have them bring you another Moscow Mule... but what the hell :)

Then Si noticed my tweets about being at Pocket and joined us when he finished a late evening at work. Another round of drinks and we finally decided to head over the road to Betty's.

It's always fun to introduce someone to the institution of dinner at Betty's. Ahh the bread, the lemonade, the cheap and cheerful comfort food!

All good things must come to an end... T had a flight booked for Thursday morning. After weighing the risks of peak hour vs. international flights, we settled on driving T to Central to grab the airport train (which at least doesn't get caught in traffic!).