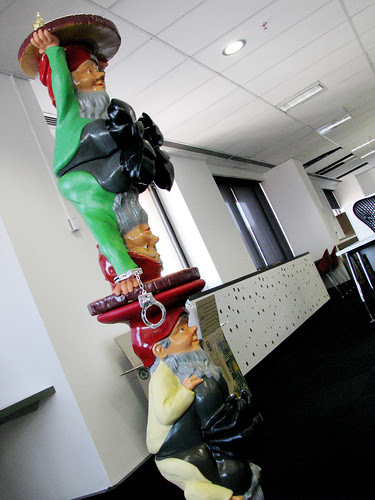 Our new office has gnome seats randomly scattered around at meeting tables (along with various other items of relatively unusual office seating). So what else do you do on a friday evening but stack 'em up, to greet people monday morning with a Gnome Totem?! 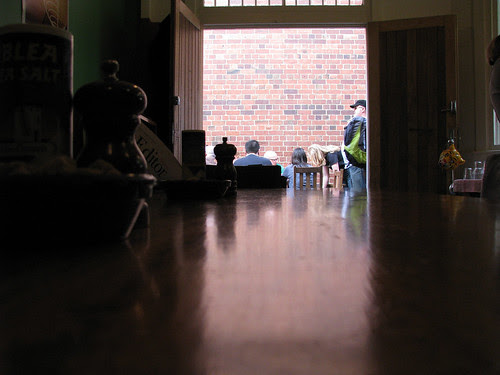 Now admittedly I think Jeremy Keith may have ruined me for this meme with his response: Adactio: Journal—Five things you may not know about Jeremy Keith. But I'll take a crack at this anyway...

Actually if you read this blog you probably know the vaguely interesting stuff already. But then the meme is may not know as opposed to 'stuff you definitely won't know'.

So... um, if you haven't been paying attention, you might have missed stuff, so seven things you may (theoretically) not know about me:

Who am I tagging? Well actually I don't really like doing that - instead, if you're reading this consider yourself potentially tagged. If you do the meme, leave a comment :) 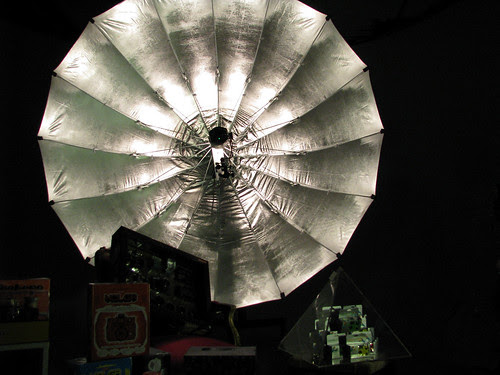 Huge photo umbrella at the Lomo exhibition we saw in Perth.

[OK, so this is a few days overdue; but I did write it before NYE. It rambles, feel free to skip it. I've just realised I should start recording what year things happened in ;)]

Heaps of people I know had a truly shitty year - to the point where one even made a website dedicated to the fact: fuckyou2008.com!

Our year was kind of... a lot of crap, with pockets of awesome. If that makes sense.

This post is basically a random collection of thoughts and impressions when I think back over the year.

There was some other shit going on that isn't really bloggable, but was crap too. I know things could have been much worse, it was just a bit of a grind-along year at times.

I can't quite get my head around the idea that we weren't in Brisbane at all in 2008. That seems quite bizarre.

The Perth trip was awesome - L came with me to Edge of the Web and we spent a few extra days in Perth before and after the event. I love hanging out with the Perth crew and Perth itself was chilled and a great place to be. We went to the Little Creatures brewery and spent many happy hours in the brew house. Many photos yet to be added to flickr.

We had a few awesome cocktails and drinks this year.

We'd never bought Drambuie before. Didja know it's made with scotch, herbs and honey? I didn't. Anyway it's very tasty.

We had some disastrous attempts to see more bands. We should have seen Snog, Assemblage 23 and That 1 Guy; but on each occasion something went wrong. Annoying!

If anything was the soundtrack to my year, it was VNV Nation (or my ipod on random). But I also listened to a lot of Mind.in.a.Box, Headscan, The Presets, Gotye, Primus/Les Claypool as well as all the usual suspects.

The Cure, DJ Shadow and UNKLE all remain enduring favourites. I've also been listening to Tycho a bit more lately, since seeing them live down here :) ...and of course I listened to heaps of bleepy trance stuff.

Heard Rob Dougan's Furious Angels for the first time. Quite an album really.

I sort of "rediscovered" NIN - partly due to the new releases, but also because Mark Pesce used Just Like You Imagined in his WDS08 presentation "This, That and the Other Thing" and inspired me to go back and have another listen to The Fragile. I really didn't get into The Fragile when it was released, but Mark's presso made a big impression and set up a whole new association to the track.

Actually I listened to a fair bit of older music, stuff like The Tea Party, The Cult and Morphine. I also had to admit that the 80s did produce an absolutely stunning track (and clip) with Talk Talk's Life's what you make it.

These are a big part of my life, even though I don't talk about them much on this blog.

Contributed three articles to the Opera Web Standards Curriculum. I'm proud to be part of that.

No I did not buy a bloody iPhone, why does everyone keep assuming I'd buy an iPhone?

So that was 2008. Or at least a really really random scattergun collection of thoughts loosely wrapped around the concept of 2008 ;) 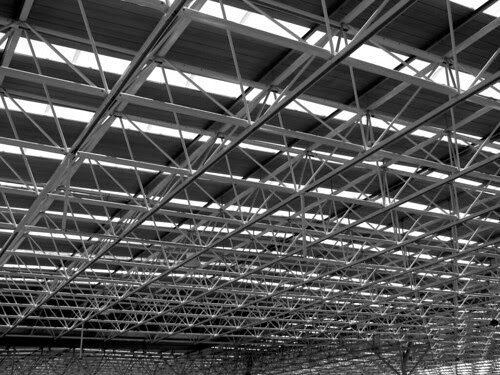 I just assumed this was one of those photos where everyone takes the same shot. But apparently I'm lucky that station security didn't clap me in irons as a deadly terrrrist.