for anyone getting this via livejournal, sorry about the sudden mass post - needed to switch the feed source after the old one stopped working. so you got about ten days worth in one hit when the feed caught up.

Brain function hasn't arrived yet, so I'll bumble through this for a bit.

This just in... Tycho Brahe will be supporting VNV Nation on Thursday September 1st at The Arena. 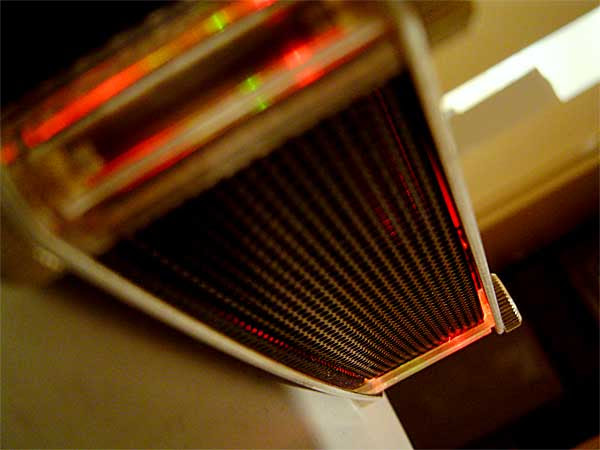 the seagate doesn't seem 100% happy in the enclosure, it makes a slight buzzing noise when it's inactive. basically silent the rest of the time though. still not sure whether it bothers me enough to swap it for another brand and shift the 'cuda into the tower.

Some lead paragraphs truly shine. Ben Hammersley's Dangerous Precedent - The Hegelian dialectic of syndication formats: After a weekend?s reading of "Phenomenology of Spirit", and having been out-drunk by David Hume, I can now state categorically that Georg Wilheim Friedrich Hegel, perhaps one of Europe's greatest thinkers, knew fuck-all about RSS.

You like things edgy, subtle, and smart. I guess that means you're probably an intellectual, but don't take that to mean you're pretentious. You realize 'dumb' can be witty--after all isn't that 'the Simpsons' philosophy?--but rudeness for its own sake, 'gross-out' humor and most other things found in a fraternity leave you totally flat. I guess you just have a more cerebral approach than most. You have the perfect mindset for a joke writer or staff writer. Your sense of humor takes the most effort to appreciate, but it's also the best, in my opinion.

Also, you probably loved the Office. If you don't know what I'm talking about, check it out here: http://www.bbc.co.uk/comedy/theoffice/.

The test tracked 3 variables: How you compared to other people your age and gender:

As an aside, I think okcupid just displayed the first truly honest 'dating service' banner I've ever seen. "Meet a fuck buddy in your town!" it proclaims. The romance never ends ;)

Pipe dream - Music - Entertainment - smh.com.au: That 1 Guy's instrument is almost as amazing as his music. Yep. I cannot believe I missed him playing at the Troubadour. Fuck fuck fuck. Damn damn damn.

Anyone in Sydney should go check him out. It's unusual yet very cool. More info (and a free download of a music video) is available at That 1 Guy's website. 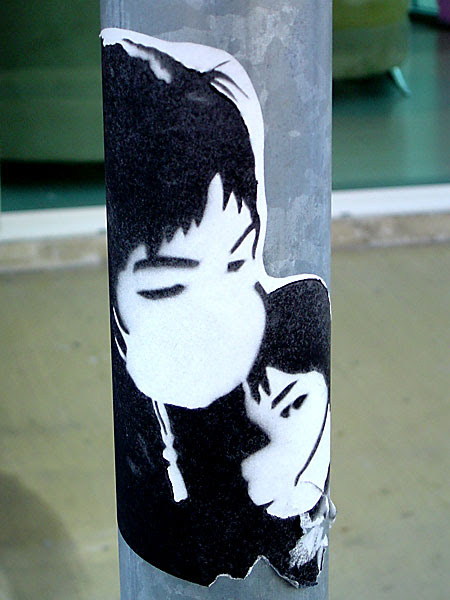 i laughed until i cried. i laughed so much my guts hurt. the noise that cement truck made when it went.......... oh dear fuck. i was still laughing at the end of the credits :) funniest mythbusters ever.

Optimus keyboard. Well actually it'll be better when you can actually buy it and there's an ergonomic version. 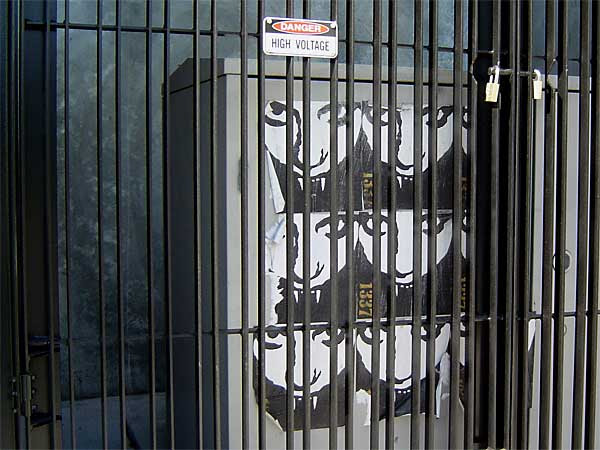 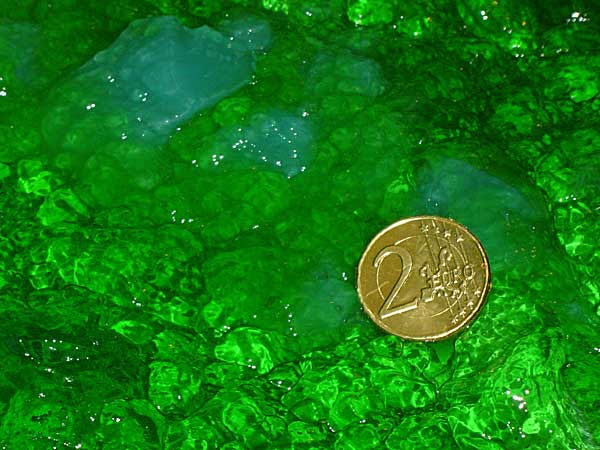 Something like 25L of green jelly and a chocolate coin. This gives you an idea of what goes on at the parties I attend...... no, really ;) Well ok, so not much of an idea.

Shall I explain? Nah.

There are more pics over there, though.

BB bad for the brain | Big Brother | Breaking News 24/7 - NEWS.com.au (11-07-2005): Psychologists testing viewers who tuned in to the British show for just six hours found alarming side effects in their mental health, including increased levels of anxiety, depression and hostility.

I get that from discovering that the show I do want to watch has been pushed back half an hour by BB in an unscheduled timeslot extension. Apparently an hour and a half wasn't enough time to talk to the latest fuckwit ejected from the house.

a bit of a catchup, some of these aren't as fresh as they were when picked; but they're still good.

Steve's random and often beligerent Journal - Quotes of the day | Okay, this seems to be the official LONDON BOMBING quote post... I think my favourites so far are the icon saying "We've been bombed by a better class of bastard than you." and the quote I'd like to congratulate today's terrorists for achieving nothing but instilling a fierce patriotism back into the British Isles, creating a rather wide-spread rash of Blitz Spirit, and giving me a day off work. I'm a bit pissed off that you nearly blew up some of my friends, but at the end of the day - you failed. We're still here, we're not scared of you.

That.. and I admire the people who took it all into account and went to the pub.

Full text of Tony Blair's statement on the London blasts. 08/07/2005. ABC News Online. Tony Blair sums up his attitude towards terrorists: It is particularly barbaric that this has happened on a day when people are meeting to try to help the problems of poverty in Africa and the long term problems of climate change and the environment ... It is important, however, that those engaged in terrorism realise that our determination to defend our values and our way of life is greater than their determination to cause death and destruction to innocent people in a desire impose extremism on the world. Although Blair didn't say it, many have observed that you cannot terrorise a nation which has already withstood decades of attacks; as well as surviving the Blitz in WWII.

It's interesting to compare this statement with Dubya's response to September 11, 2001; where he essentially came out and crowed "yeehaw, I'm formin' a posse and we's gonna kill us some towelheads". Blair has a brain and knows how to be a leader. Dubya.... is a moron.

No doubt you'll all have heard by now: BBC NEWS | In Depth | london explosions. I've now heard that all the people I know in London are safe; I wish the same for everyone despite knowing it can't be true for everyone.

I don't know what to make of the world tonight. I certainly have no love for religion and the fundamentalists it produces. I feel tired and angry that terrorists continue these attacks. I wonder what was supposed to be achieved but in a sense I don't care - I don't believe terrorism achieves anything.

I feel sad that the world can create the conditions to inspire terrorism, sad that anyone could become so marginalised that they lash out in such a way. I see terrorists like school bullies with a bad home life - I can guess at motivation but I do not excuse any of the behaviour.

I suppose all we can really do is resolve to live our lives without changing in response to terrorism. Our plans for a trip to the UK - to see friends in London - are not changed. Not for a second. Not much in the greater scheme of things, but it's the only thing within my sphere of influence.

[What... do you only cheer your team when they're winning?]

I've seen results like that in club matches where the strengths of one team exactly target the weaknesses of the other. A bit more weight in the Queensland pack might have helped, we really missed the big guys like Shane Webcke, Carl Webb, Steve Price... players like Brent Tate and Neville Costigan might have made a difference as well.

Finalising your team with only a couple of days to go was insanity, they should have just named Tonie TBA Carroll and let everyone get on with the job. As it was, they made Carroll play through a club match and back up for Origin - not a smart move if you want to go in full strength.

Of course, it wouldn't be a post-origin wrapup if I didn't observe that the referee put in another shite performance. It wouldn't have changed the result, but Simkins has proved he'll buy any lame duck routine that Blues players want to put on. He bought Johns' ouch-my-knee, he bought Ben Kennedy's pratfall (fair enough that Crocker still should have left him on the ground on the off-chance he wasn't milking the penalty), he bought it when Menzies fell over cold to milk a penalty in the play-the-ball. Funny how they try on every trick when they've got Ricky Stuart coaching them.

So anyway... next time Gould does a piece to camera suggesting that NSW ever faced a pro-Queensland referee, someone punch his lights out!

One consolation was this: Full-back Anthony Minichiello ... won the Wally Lewis medal for player of the series. I thought they'd give it to Andrew Johns (as it is, the sports media are going to be insufferable for another year, crapping on about dear old Joey). About five minutes before the presentation I commented that Minichiello deserved the award but the league would be too busy blowing sunshine up Johns' arse to notice. Queensland supporter or not, I think Minichiello was deserving recipient.

Pulp Fiction is hosting "an evening with Neil" in a couple of weeks. Based on past events I would expect wine, nibblies, Neil will probably speak and/or read from his latest publication and then he'll do a signing.

Thursday 21st July, 6:30pm for 7:00pm; in the Atrium, Anzaz Square Arcade (that means in the big arcade outside Pulp Fiction).