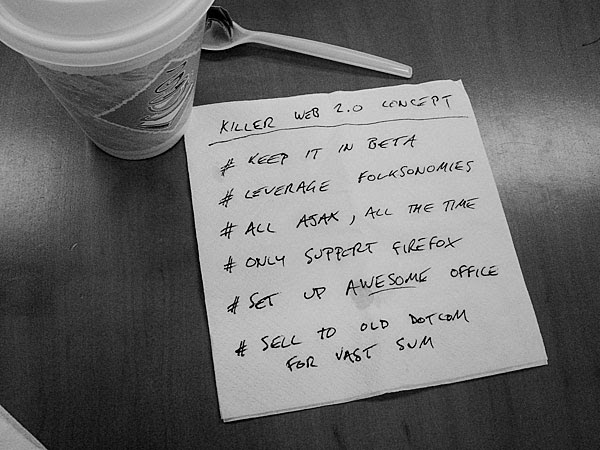 You scored as Industrial/Rivet-Head. You're a rivet-head. You like industrial music, warehouses, and you are a minion of the machines.

What subcategory of Goth best fits you? created with QuizFarm.com

(Actually I forgot to carry a towel with me, but I happen to have one in the car. Does that count? ;)) 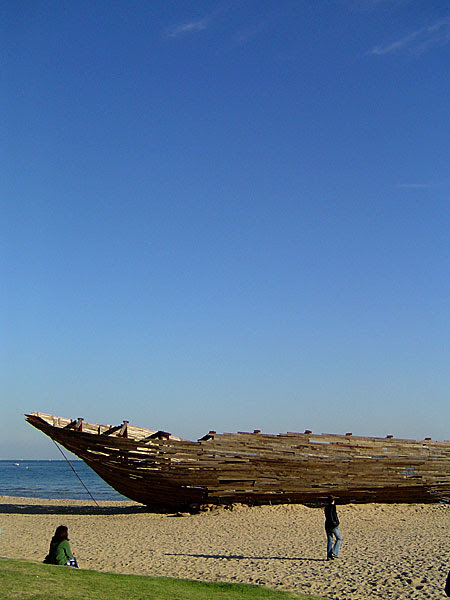 Wreck sculpture, St Kilda Beach, Melbourne. 2006.04.25. Doesn't really feel like a whole month since I took this shot. I can still feel the sun on my face.

Update: to my (pleasant) surprise, this shot was actually picked as one of the photos of the week on bestshot!

Can anyone tell me why Thurston was feeding that last scrum instead of setting for a long range kick for field goal?? :)

Still, what a cracker of a match. Had a bit of everything, just a pity that the one point went to the blues...!

Went go karting today (kingston park) as part of a team building thing. It was a lot of fun, but now I hurt in some odd places (heels of my palms..? how the hell did I bruise those? not to mention a huge welt on my back...). My advice if you end up go karting - grab a pillow/cushion and pad that nasty plastic seat. I did two sessions on the plastic and two on the pillow. I know what I'll be doing at all times in future!

Did four sessions (practice and three heats) before deciding to sit out the final. Too tired and sore and needed to leave something in the tank to drive the real car back home afterwards. My best lap was 1:01 and a top speed of 80km/h; which was the 6th best time out of 12 drivers so respectable enough. Best of the day was 0:58 and not a hell of a lot quicker from memory (more about driving well than top speed).

I didn't get my goal of a sub-1:00 time but hey not many of us did :) I steadily improved every single lap through the first two sessions; ran consistent 1:01-1:04 times in the third; then spun out a couple of times and stalled once in the last heat.

80km/h in a souped up dodgem car with your bum about 10cm off the ground? I'm glad I didn't think too hard about it at the time! :) The twin engine 105km/h karts must be insane. 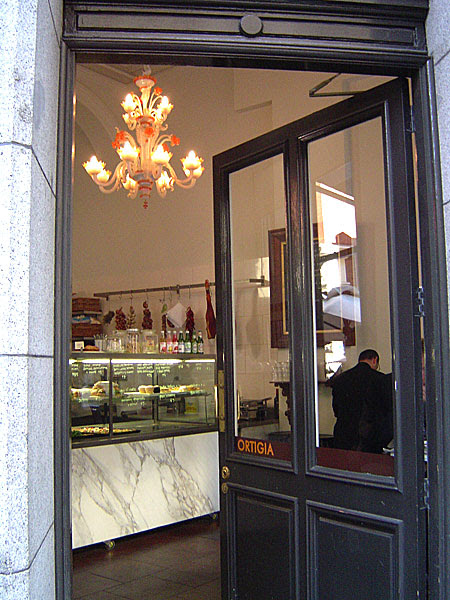 Photos: Worst tech of 2006 (so far) | CNET News.com (note the dodgy navigation system up at the top right). 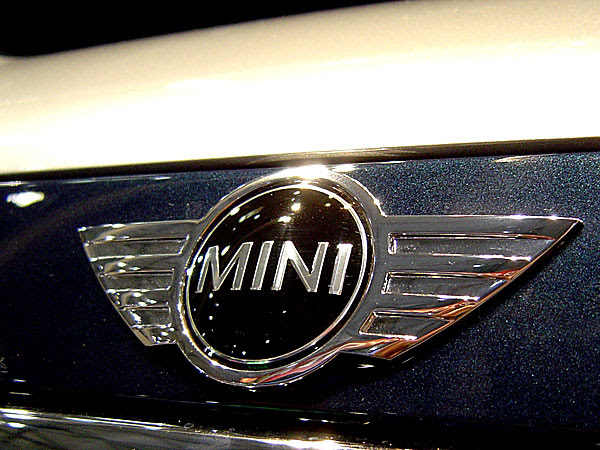 I will get around to processing some other shots soon, I promise ;)

Transferring music ruled legal - Technology - theage.com.au: TRANSFERRING music from CDS onto iPods and other MP3 players will no longer be illegal after federal cabinet agreed to make sweeping changes to copyright laws. ... The new laws will also make it legal for people to tape television and radio programs for playback later, a practice currently prohibited although millions of people regularly do it. ... Schools, universities, libraries and other cultural institutions will, in the future, be free to use copyright material for non-commercial purposes.

Hoo-bloody-ray! For a long time I actually didn't think we'd see the day when this happened.

This bit is a little confusing though: Police will be able to issue on-the-spot fines and access and recover profits made by copyright pirates. Courts will be given powers to award larger damages payouts against internet pirates. Civil infringement proceedings will apply to copyright pirates who make electronic reproductions or copies of copyright material. At what level are they talking about? Is the intention to target organised, large scale piracy outfits; or are they going after twelve-year-olds sharing music, like the RIAA in the US?

Still, it's a step forward. It was ridiculous for taping TV to be illegal; and it never made sense to consumers that they couldn't copy music from their CDs to their MP3 players. Record companies liked the idea of charging people twice, but humans didn't really think that way ;) In addition, freeing things up for educational use will be a big relief for libraries. A huge amount of resources are sucked away from having to track usage under the current system. This way maybe people can concentrate on the subject matter and maybe even learn something.

Hurrah for the government actually doing something good...! Although I suspect there are a few points in the changes which are vulnerable to being Used For Evil, that seems par for the course.

Not a bad deal considering it's a service normally charged by the kilogram. Think about how much CRT monitors weigh... :) 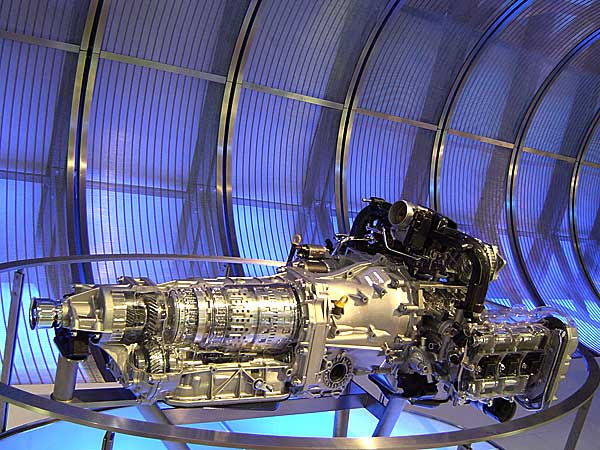 Russell, Webb walk from gold mine. 09/05/2006. ABC News Online: Miners Todd Russell and Brant Webb have reached the surface of the Beaconsfield Gold mine, 14 days after being trapped by a rock fall.

This really is a remarkable story, after the first man's body was found I don't think anyone truly thought the other two were alive. Since then the wait has been agonisingly slow, although easier once the mine officials refused to give time estimates. Even the media eventually learned to stop harassing them for information they couldn't supply.

Now I imagine the questions raised by the late Richard Carleton will be revisited: did officials know the mine was unsafe? Is it worth working on this seam any more?

No doubt the miners will be interviewed soon. They've probably got the current affairs shows beating on their door by now. The media coverage of this whole event could support entire theses, I'd say. It began with an embarrassingly botched Channel 9 live news cross when the miners were contacted and dragged on with endless 'breaking news' updates telling us what we already knew.

At any rate, good to see the miners out.

Going past channels L just noticed a song put on during the Logies. People dressed up in bodysuits to look like aboriginal bodypaint, waving kiddie-prop spears and singing some inane shit about "indigeridoo, indigeroodon't". Before we switched channels in defense of our mental health, there was some kind of reference to Eddie Mabo and an embarrassed-looking Cathy Freeman got carried out on stage to pretend she was running.

Update: I've heard later (from people who wouldn't admit whether they were intentionally watching or not ;)) that it might have been intended as a parody. If that's the case at least the intentions weren't so bad; it just didn't come across as a parody. It's a fine line between playing it too straight and overdoing it.

Update 2: OK, so yes it was a parody. I still don't think it sold properly. In hindsight I guess I should have given Australian TV Just a touch more credit. It's sort of disturbing that I think so badly of Aussie TV that I would ever think that shit was serious.

A hard and close loss for the Broncos today (Knights home in cliffhanger - League - Fox Sports). It certainly didn't help my opinion of NRL referees. It's the close ones where it's most obvious the effect a referee can have on a game; and Tony Archer should have just pulled on a blue and red jersey.

Obviously there is nothing to say the Broncos would have won if certain calls had gone differently. It's just incredibly galling to see a close match won by a dodgy penalty goal.

There were three crunch points that really got decided by Archer; passages of play turned by his calls:

There's a stack of other moments throughout the game where the ref pushed close calls to Newcastle. About the only bit of luck to go the Broncos' way was when he missed Tate's knock on... even the Broncos get some luck once in a blue moon ;) Fate balanced that out though when the ref missed a dropped ball by the Knights.

So anyway, there's always next week :) We're coming up on the Origin series too; hopefully the two byes around the same time will help the Broncos get through without too many injuries from rep footy. Thankfully with the Cowboys in such hot form, the Broncos probably won't be supplying half the Origin team this year. Plus there are plenty of young guys coming through with everything to prove, the so-called Baby Broncos are hardly a team to dismiss.

Well ok, it's only Relapse who's shaving for a cure. Liana and I are colouring.

You can sponsor us at http://www.worldsgreatestshave.com/myhomepage.php?id=88060

For those playing at home, yes Liana is a new randomite. She passes the requirements based on doing the colour thing, but she would have got in anyway based on running a shelter for border collies.

Border collies will get you everywhere ;)

[Update: I should mention that we are participating in an event on Tuesday 9th, which is outside the specified Shave dates but was outside our control.]

No doubt I forgot some other places. My credit card is not speaking to me.

things i'd prefer not to know

"This is your Captain speaking. We have climbed to our terrifyingly high cruising altitude. We have one hell of a tail wind and are now travelling at just under 1000km per hour..." (I may be paraphrasing...)

Fucking what? Nearly 1000km/h in a commercial airliner? Are these tubs supposed to go that fast?? How the fuck do you plan to slow down at the other end? (As it turns out, the answer to that last one was "by diving during the approach then landing with about three inches to spare").

Melbourne appears to be entirely composed of Institutions™ :) Every alley has fifteen cafes; the cold is all about the wind chill; trams rock...

People seem to think Melbournians are inherently more stylish than, say, Brisbanites. This is bullshit. It's just that in Melbourne people quite literally wear more clothes. It's too fucking hot here to wear what is worn down there... and there's only so much personality you can inject into a tshirt and shorts.

We had seven nights. I think it's fair to say that we comprehensively scratched the surface :)

I could get used to Melbourne.