Time for bed. Actually it was time an hour ago. 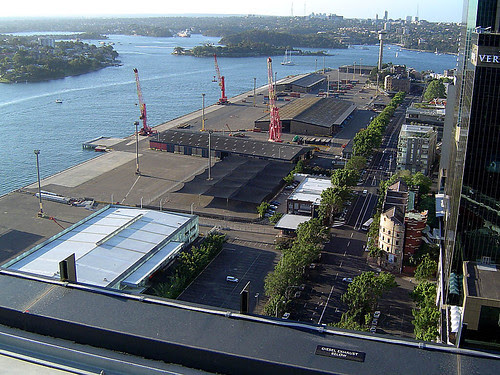 ...and diesel exhaust too. Taken from the Westpac building. 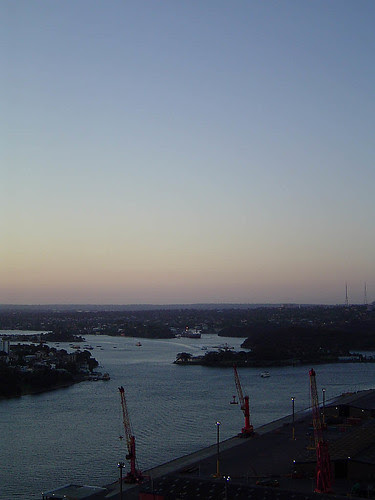 So I gave a few dollars and whacked a banner on my jokes page (hey it gets more hits than all my other sites put together).

If you've ever been part of a gaming group that likes a laugh at least as much as a game, read this: theglen: 825 things Mr. Welch can no longer do during an RPG. A couple of good 'uns: 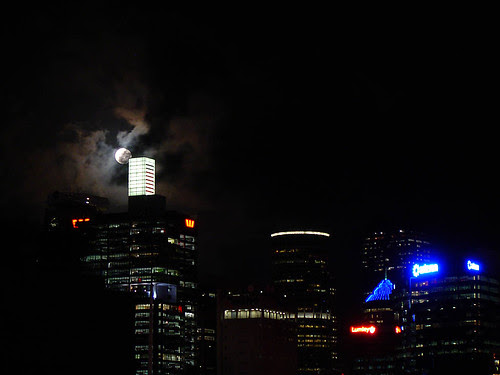 Well ok, most of that was snarfed from linkfrenzy. But you get that sometimes :)

From Exit, pursued by a bear. - Letter to America:

I'd like to think I don't ask much from you. Just simple things like "don't blow up the world", "don't make any more Police Academy movies", and "please fire Paris Hilton into the heart of the sun"... Stuff like that. Your track record so far hasn't been great, but you haven't blown up the world (yet), so I figure we're doing okay, on balance.

It's been a couple of years since the last time I asked you to do something a little tricky, and I have to say you let me down badly. In hindsight, though, I admit that perhaps I was a little unclear in my request - it's quite possible that "don't vote for a fricking retard" may have been a bit too non-specific at the time.

But now I'm pretty sure you've figured out the hard way what I meant by that and, while I feel bad asking for the same thing twice, I have to ask you to do that exact same thing again when the handful of you who actually vote go out tomorrow with the warm glow of democracy warming your little hearts.

So this time, please, try not to fuck it up.

He says it so well. 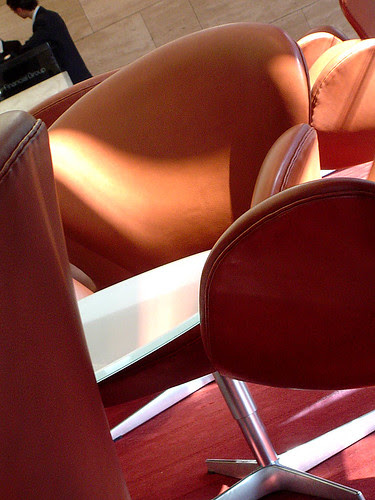 Taken while waiting in the Westpac foyer for the rest of the News team to arrive. These seats may have been the only objects in the room without a Westpac logo on them somewhere... 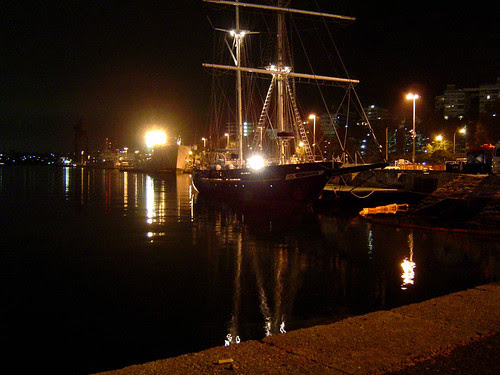 Posting two photos one after the other - crazy! But hey, it goes with the last one. 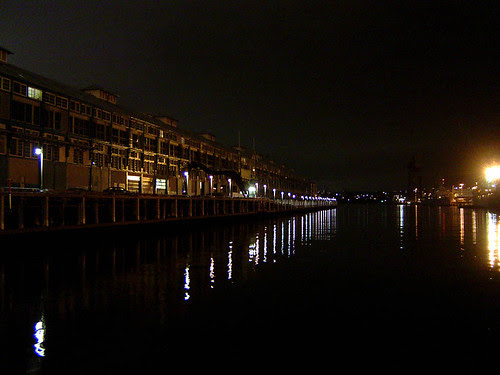 After midnight (on a school night, no less ;)), at Harry's Cafe de Wheels.

Shit news of the day is that the ABC is now the Government's bitch, evidenced by their decision to axe The Glass House despite high ratings. The news was confirmed on Wil Anderson's blog, not to mention the show itself and the official website.

John Howard was quick to refute claims he pressured the ABC to axe the show. I can only assume that means he got someone else to do it. The hundreds of comments attached to that last link and Wil's blog post suggest I'm not the only one.

On that note, if you are pissed off make sure you tell the ABC.

I think what really pisses me off is the assumptions that a) pulling the piss out of the Government constitutes political bias, and b) The Glass House has to be unbiased anyway. It's a comedy show, not a political analysis program or news bulletin. If the ABC News contained the same content, that'd be an issue. But let's face it The Glass House includes puns, funny photos and dick jokes.

Worse than the axing of a favourite show of mine, this demonstrates ABC management's actual bias - pro-Liberal, pro-Howard. If Johnny says be nice, the ABC will be nice. Don't dare criticise the PM even when the lying weasel deserves it. It's not really about the specific show that has been axed, so much as the ABC's willingness to do it.

Welcome to the latest chapter in Howard's regime - the silencing of the critics.