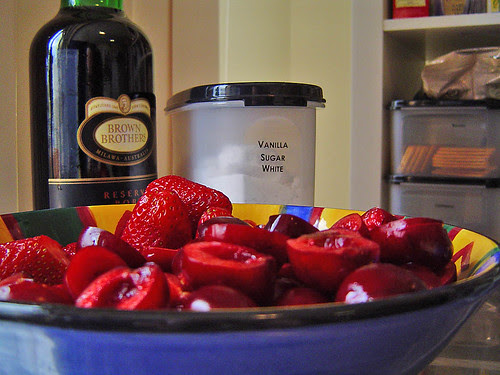 From Christmas... Jamie Oliver fans will know this one: cut up and de-stone a bunch of fruit, drizzle with brandy (or in this case port) and then sprinkle generously with your vanilla sugar (made with real vanilla beans). Bake for about 10 minutes, serve with marscapone mixed with some more of the sugar. Yum!

Wow! You are truly a student of the Bible! Some of the questions were difficult, but they didn't slow you down! You know the books, the characters, the events . . . Very impressive!

Pretty funny really, since I don't own a bible and haven't read one in about fifteen years. Plenty of those questions were ridiculously obvious, some were a little tricky. I guess the Lutheran primary school did get some stuff into my brain after all. I mostly just remember that the bible was the "good news bible" (no shit) pages were really thin and smelled funny (not bad, sort of woody/nutty). That and nearly every page had a footnote to the effect of "that bit's our best guess, it could mean one of five contradictory things - Hebrew unclear". I've never quite understood why knowing the order of the books was meant to be virtuous - bibles have a table contents people, get over it ;)

Eventful: Demand The Cure in Sydney, New South Wales, AUS. Apparently the band are keeping an eye on these things. Go vote! 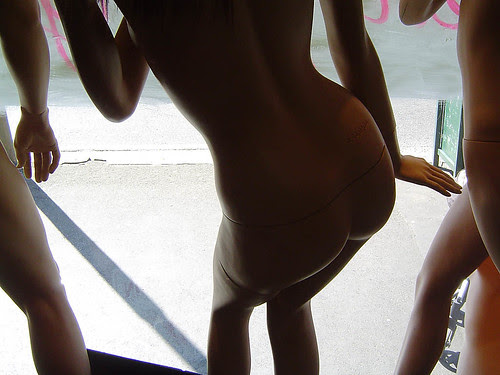 This amused me on several levels. As an aside, you want views on flickr? Tag a photo with 'naked' ;) It's so hardcore where I live, people grow the green right on the street :P Seriously, that's parsley in a street planter box. I assume some enterprisingly council worker realised it grows well and it's cheap. Pity they didn't grow basil!

Molly put out a challenge to Twitter in haiku for 24 hours. I didn't keep it going for the entire 24 hours, but I did write a few haiku. These were all Twittered in the past 36 hours or so.

returning from lunch
email vies for attention
yet i twitter first

twenty-four hours long
creative jam from molly
can we keep this up?

my experience:
macs crash like any other
i get evil ones

i must admit it
osx is better, but
not enough to switch

* The Mac-related posts were a response to people telling me to buy a Mac, unprovoked as far as I can remember! The OSX comment, in context, referred to it being better than previous versions of MacOS. 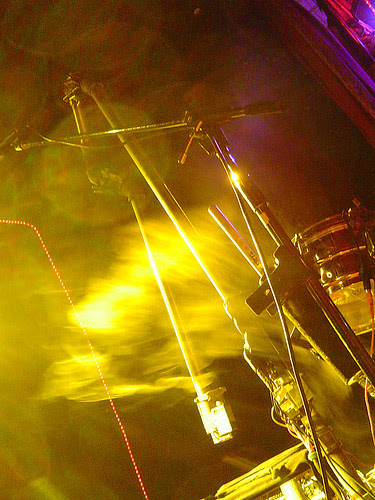 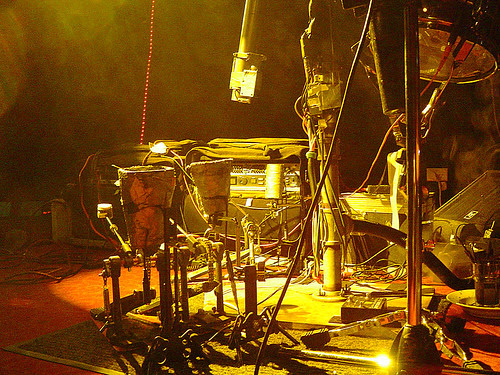 Don't even know where to begin here. 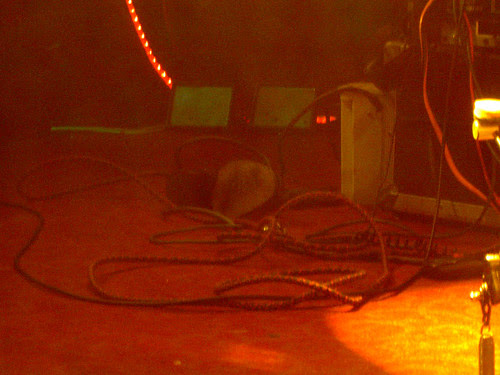 The Magic Boot. Seriously. It has a plug in the heel and pickups inside. He plays the sole of the boot by tapping and scratching it.

Ooh, you're a dark one. Sitting in the corner, singing to yourself, playing with matches and twitching. Most of the time you instinctively avoid company, and if you're forced into close proximity, things do not go well. You can probably stop stabbing that teddybear now. It's not going anywhere.
What's your malfunction?

[Also: kudos to the creators of this one, for providing standards-friendly markup (albeit not quite perfect, hence standards-friendly and not -compliant). Yes, I am quite aware of just how geeky I am, but thanks for noticing! :)]

[Started writing this coming up to NYE...]

It's been a hell of a year. It has in fact been so big I really only remember the last six months. The first six months are just kind of a blur. Here's an attempt at a recap...

Snarfed from colinmo. Making a movie soundtrack from your music collection...

Ok, let's give this a try. I have been told I have notably ecclectic taste so this could get interesting.

How did we get all the way through that without any industrial? 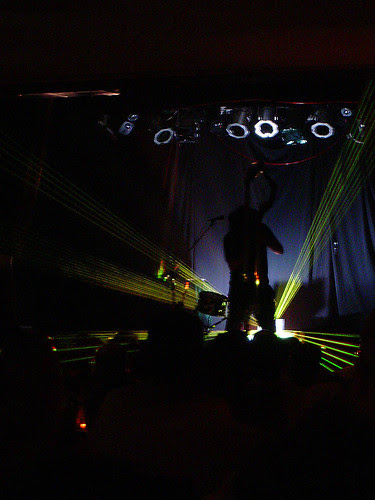 Saw That 1 Guy again tonight. I was a little concerned that it wouldn't be quite as much of a knockout as the first time... I needn't have worried :)

It was fantastic. Knowing the show just made it even better. A whole room of people singing along to One (and every other song)... a whole room responding with gusto to his little howls :)

Then we bought the DVD (yeah!!) and Leah got a shirt. At first she wasn't getting a shirt because they only had the same design as the one I've already got. But then the merch lass had a dig around and discovered one of the round print ones!

Then I met That 1 Guy himself: Update: readers from Australia should note he's doings shows around the country including Big Day Out; US readers should note he's touring all over. Check out That 1 Guy tour dates. If he plays near you, you should go. There will be a test afterwards, people! ;)

On another note, yes I know I am desperately overdue for a haircut.

Labels: gig, that 1 guy, the vanguard

At midnight last night we were sitting on bollards on a wharf, right on the water at Pyrmont. We had a view of the bridge, the city and one of the barge launch points (we were close to where I took this photo). There was a real buzz through the crowd - plenty of room for everyone, no stress.

Darling Harbour jumped the gun, then there was a countdown and the main event kicked off. The noise was amazing, if you've ever heard black powder canons being fired that's what it was like.

When the cheer went up I thought I was hearing things... but, I shit you not, you could hear the cheering from the CBD. It echoed between the skyscrapers and around the harbour. One million people come to Sydney for new year's eve and it sounded like they all cheered when the fireworks started.

It was a hell of a show.